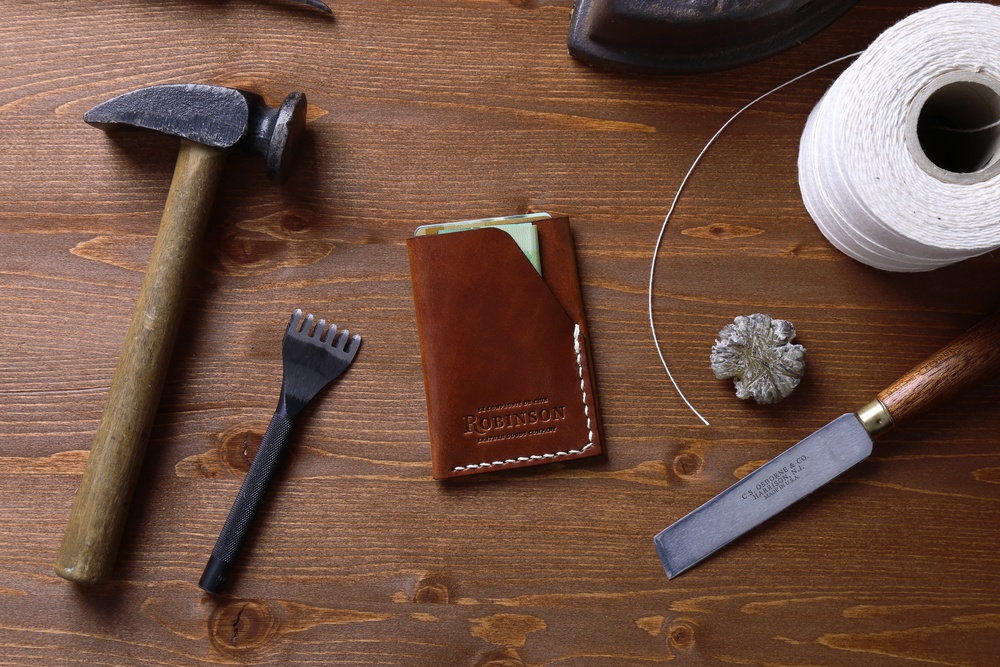 Our samples are written in Kotlin language. In addition, I assume that you are already familiar with the following frameworks.

Examples in this post are based on the following class:

Read the manual of Spring Data JPA If you are not able to understand the above code. Finally, The related test code will be available at common-pitfalls-of-declarative-transaction-management-in-spring.

Pitfall 1: @Transactional annotation may have no effect at all

It's a common circumstance that we put some code in a private method so it can be reused. If the code involves a transaction, we may end up with writing code like this.

In this case, the persist method will be invoked as if no @Transactional annotation is present. To understand why, we need to know that the declarative transaction is implemented on top of AOP(Aspect Oriented Programming) proxies. A proxied method invocation procedure looks like this: 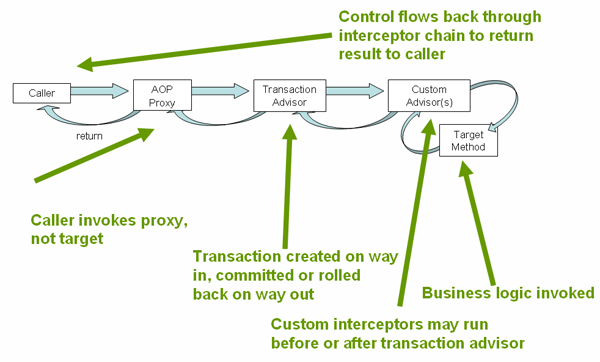 From the picture, it is not hard to imagine that the beginTransaction, commit and rollback logic is implemented in a so called "advice" component. "Advice" here refers to a core concept of AOP(read the documentation of Spring AOP to get more information), and there is two different advice mode supported by Spring transaction management, which called "PROXY" and "ASPECTJ". As the document says:

Now the reason is pretty clear, to fix the problem, we can either switch the advice mode from "PROXY"(default option) to "ASPECTJ", or remove the private modifier from the persist method. Let's say we choose to remove the modifier, you can find that the persist is still invoked without any transaction, because we just fall into the next pitfall.

Pitfall 2: @Transactional annotation may not affect a method invocation

This time, if you inject the instance of DemoService to another class, then directly call demoService.persist(demo) from that class, everything works. It can mislead you to think of the persist method is already being proxied whereas it is not. Again, the official document has its own explanation for this problem.

In proxy mode, only external method calls coming in through the proxy are intercepted. This means that self-invocation, in effect, a method within the target object calling another method of the target object, will not lead to an actual transaction at runtime even if the invoked method is marked with @Transactional. Also, the proxy must be fully initialized to provide the expected behavior so you should not rely on this feature in your initialization code, i.e. @PostConstruct.

There's a tricky solution against this problem, inject itself to an instance field, then invoke methods from the instance. The code looks like

Finally, the persist method is now invoked with a transaction, but somehow, the transaction still does not rollback no matter whether the exception is thrown. Guess what, we again fall into the next pitfall.

Pitfall 3: Transaction may not rollback when an exception occurs

Before further explaining, let's focus on the buggy code segment.

Providing only ten lines of code, an experienced Spring developer may realize, "The exception here, is it a runtime exception?". Yes, that's the point. By default, Spring won't mark a transaction for rollback after any exception is thrown. As the document says:

Admittedly, the hidden bug would be much more obvious if I wrote the code segment in Java language, because there isn't any difference between checked exception and runtime exception in Kotlin. In Java language, on the contrary, the exception must be handled or throw to the method caller explicitly, that could make this problem easier to identify. Nevertheless, I've made this kind of mistake while I was using Java, That's why I think it's worth to mention.
Now let's turn to the solution. According to the official document, we can just configure the @Transactional annotation to rollback for any exception. Or, we can catch the exception at the first place.

This solution seems a little tedious to an experienced programmer, But by doing so, we get an opportunity to run into next pitfall.

Pitfall 4: Transaction may not be able to commit after an exception is being caught

After hours of tinkering, we finally get the piece of code work, But requirements are changing, let's say somehow we need to ensure the unpredictableMethod run with a transaction. After going through previous lessons, this time we want to do it extremely carefully.
Firstly, we put a @Transactional on the method and configure it to rollback for all exceptions, so that we won't fall into pitfall 3.

Secondly, Owing to pitfall 2, we update the self-invocation in persist method to the proxied method call.

After everything is checked, we expect that if unpredictableMethod is called directly and an exception is thrown, the transaction will be rolled back. Conversely, if persist is called, the transaction will be committed since exceptions should be handled by the try-catch block. Unfortunately, it is not happening, we just ran into pitfall 4. An UnexpectedRollbackException will be thrown.
When a "transactional" method invokes another "transactional" method, the actual behavior is determined by propagation property of the second @Transaction annotation. If the property value is REQUIRED, which is the default value, the second method will be executed in an existing transaction, and once the rollback condition in the second method is reached, it marks the transaction as rollback-only. That is, no matter if the exception is handled in the first method, the transaction won't be able to commit. If you like, there's an official explanation:

The solution depends on what you want, you can change the propagation property of the second @Transactional, or change the rollbackFor and noRollbackFor property of the first @Transactional to filter a specific exception class. In this case, you can even fix the problem by falling into the pitfall 2 deliberately, although it is not recommended because your colleague may not be able to understand it.

Spring declarative transaction management does hide the complexity of writing transaction handling code, but handle transaction correctly is far more complex than just put an @Transactional annotation on your method. Considering transaction is usually the most critical part in an application, you'd better test every branch of your code.